The Oregon Fail: You Have Died of Comedy 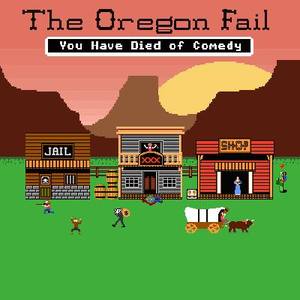 After numerous sold-out showcase runs at ImprovBoston and two killer shows at The Rockwell, it's time to bring the magic of The Oregon Fail back to Davis Square!

The Oregon Fail combines the adventure and whimsy of an improvised period comedy with a format based on one of the most popular video games of all time. The legends of Oregon describe that land as full of opportunity and wealth, but a cast of brave and decidedly expendable improvisers are going to show that the trail to get there is rife with game-created danger. An all-powerful Player will prompt the cast to make key decisions along the trail, determining how obstacles such as rivers, disease and bandits will be faced by the wagon crew. In between those decision points, the improvisers interact, hunt an ever dwindling buffalo population, and talk about the vast riches they will one day have, should they ever make it to Oregon...

Please note that for shows with a 21+ admittance policy, or to consume/be served alcohol, we require: a valid State ID or Government Issued Liquor/ID Card, Passport or US Passport Card, or Military ID. Minors may be admitted when accompanied by parent or legal guardian, up to 2 minors per adult.