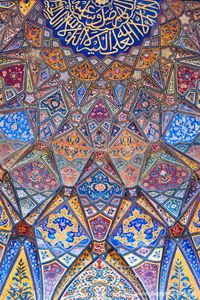 Despite the persistent stereotypes that cast Muslim women as passive and voiceless, the historical record and contemporary contexts attest to a very different reality. In this lecture, we will dive into the rich trove of Muslim women's history, ancient and modern, to explore the many spheres of women's leadership. From towering women figures in the domain of religion, to major civilizational achievements lead by women philanthropists, to the multiple contexts wherein Muslim women have become heads of state and major global actors and activists, we will ask: What factors enabled these women to rise to greatness, what is their continuing legacy, and what work remains for the heroines of tomorrow?

Celene Ibrahim was appointed Muslim Chaplain at Tufts University in 2014. Dr. Ibrahim’s work is published widely in academic and popular forums in the fields of Islamic intellectual history, interreligious studies, Islamic family law, and Muslima theology. Dr. Ibrahim has given hundreds of lectures around the United States and has received many awards and fellowships in recognition of her research and leadership, including being recognized as a Mellon Fellow at Brandeis University, as a Presidential Scholar at Harvard Divinity School, and as a Fellow in Religion, Diplomacy, and International Relations at the Woodrow Wilson School of Public and International Affairs at Princeton University. She currently serves on the boards of The Feminist Studies in Religion Forum and Convergence on Campus and is a member of the Harvard Divinity School Alumni/ae Council as well as the Multifaith Chaplaincy initiative of Reconstructionist Rabbinical College.

Dr. Ibrahim earned a Bachelor’s degree in Near Eastern Studies with highest honors from Princeton University and was the first to earn a Master of Divinity degree from Harvard University with a focus in Islamic studies and Muslim leadership. She holds a Doctorate of Philosophy with a concentration in Arabic and Islamic Civilizations and a Master of Arts in the fields of Women and Gender Studies and Near Eastern and Judaic Studies from Brandeis University.