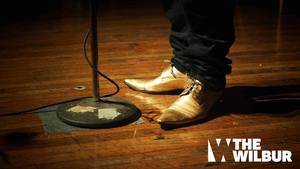 The Moth is an acclaimed not-for-profit organization dedicated to the art and craft of storytelling. It is a celebration of both the raconteur, who breathes fire into true tales of ordinary life, and the storytelling novice, who has lived through something extraordinary and yearns to share it. At the center of each performance is, of course, the story – and The Moth’s directors work with each storyteller to find, shape and present it.

Moth shows are renowned for the great range of human experience they showcase. Each show starts with a theme, and the storytellers explore it, often in unexpected ways. Since each story is true and every voice authentic, the shows dance between documentary and theater, creating a unique, intimate, and often enlightening experience for the audience. Moth stories dissolve socio-economic barriers, expose vulnerabilities, and quietly suggest ways to overcome challenges and see with new eyes.

Hailed as a “storytelling guru” by the Wall Street Journal, Kate Tellers is a writer, performer and teacher whose students range from fledgling eight-year-old stand-up comedians to Fortune 500 CEOs. In 2007 she discovered The Moth and has been a part of it ever since. She is currently working on a collection of essays about falling apart tentatively titled, We Always Knew You Would Be OK, and lives in Brooklyn with her furry husband, toddler and dog.

Jon Bennett’s comedy career began in his homeland Australia, and after 14 years in the business he is now known as one of the most prolific storyteller-comedians touring the world. With a total of 8 one-hour-long individual comedy shows, Jon is constantly performing across the globe making people laugh through exceptional comedic storytelling. He has received multiple 5 star reviews in reputable publications world wide and won awards such as Funniest Show Award in the London Fringe, Critics Choice Award for Best Solo Show at the Orlando Fringe and a Golden Gibbo Award nomination at the Melbourne International Comedy Festival. He has performed at a number of prestigious festivals such as the Edinburgh Fringe, Melbourne International Comedy Festival and Just For Laughs in Montreal. You can find out more about Jon (including full shows) at jonbennettcomedy.com

Sofia Ali-Khan is a mom, writer, and public interest lawyer. She practiced in the areas of welfare law, community economic development, and language access in Philadelphia, after having fallen in love with legal services as an intern at GBLS in Boston. In 2015, while trying to be a stay-at-home Mom, Sofia wrote the Facebook blog post “Dear Non Muslim Allies.” This accidentally began a new run of writing and activism to counter anti-Muslim bigotry, which is even less well paid than public interest law. Her work has appeared inTricycle, altMuslimah.com, The Stranger, and The Huffington Post. Sofia holds a J.D. from Northeastern University School of Law and a B.A. in Social Sciences and Gender Studies from the commune otherwise known as New College of Florida. She is Muslim and American, and the proud daughter of Pakistani immigrants.

Morgan Zipf-Meister is an artist who originally hails from Pittsburgh, Pennsylvania. She is a graduate of New York University’s Tisch School of the Arts and has studied mask and dance work in Bali. During the past decade she has found an artistic home in the New York Indie Theater scene as both an actor and a lighting designer. She has worked with companies such as Theater of the Apes, Dreamscape, Piper McKenzie, Old Kent Road, Gemini Collisonworks, and Boomerang among others. She was a 2015 New York Innovative Theatre Award nominee for “Outstanding Lighting Design” for her work on The Temple, or Lebensraum by Nat Cassidy, and is a member of the New York Madness Acting Company. When not in the theatre, Morgan also works at the School of Visual Arts. She lives in Brooklyn with her husband, Kent. For more information on past and current projects, visit morganzipfmeister.com.

Carmen Aguirre has written and co-written twenty-five plays, including Blue Box, The Trigger, and Chile Con Carne, and has eighty film, television, and stage acting credits. Her second memoir, Mexican Hooker #1 and My Other Roles Since the Revolution was published in April 2016 to outstanding reviews, was shortlisted for the Hubert Evans Non-Fiction Prize, and is a Globe and Mail bestseller and a CBC Best Book of 2016. Her first book, the critically-acclaimed Something Fierce: Memoirs of a Revolutionary Daughter, won CBC Canada Reads 2012 and is a #1 national bestseller. In her latest play, Broken Tailbone, she teaches the audience salsa dancing while weaving stories of the history of Latinx dance halls in Canada. Carmen is the recipient of the Hispanic Business Alliance’s 2014 “Ten Most Influential Hispanics in Canada Award,” Latincouver’s 2014 Most Inspirational Latin Award, the 2014 Betty Mitchell Outstanding Actor Award for her work in Alberta Theatre Projects’ The Motherfucker with The Hat, the 2012 Langara College Outstanding Alumna Award, the 2011 Union of B.C. Performers’ Lorena Gale Woman of Distinction Award, and the 2002 New Play Centre Award for Best New Play for The Refugee Hotel. Carmen is a graduate of Studio 58. carmenaguirre.ca

Bill Torrey is a woodsman, author, and storyteller whose family moved to Vermont in 1767. He spent his childhood roaming the fields and forests of his family’s farmstead, which led him to a forty-year career of working in the woods. By the time he was 19, he was working as a lumberjack earning eighty cents a tree and all the sawdust he could eat. In the fall of 2013, Bill retired from logging with most of his sanity and darn near all his fingers and toes. As a writer, Bill has written for the Burlington Free Press Writers Group, Outdoors Magazine, and Northern Woodlands Magazine. His first book was released by Green Writers Press in the fall of 2016. The Ta Ta Weenie Club is a collection of 21 stories of a kid growing up in rural Vermont during the sixties. Bill has won four Moth StorySLAMs and has performed at the Vermont Folk Life Center, Middlebury College and the Vermont State House. He recently won the North Country Public Radio Black Fly Story Slam and was thus awarded the coveted Golden Fly Swatter. www.billtorreyvt.com