The Making of a Theban Tomb Chapel 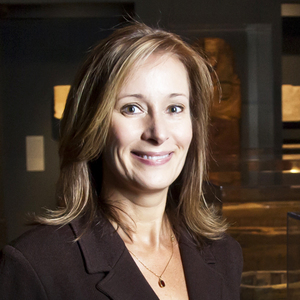 Melinda Hartwig, Curator of Ancient Egyptian, Nubian, and Near Eastern Art, Michael C. Carlos Museum, Emory University
Thebes, one of Egypt’s largest archaeological sites, is famous for its numerous tombs and temples that offer an unparalleled window into ancient Egyptian culture and craftsmanship. Melinda Hartwig will discuss the painting and texts found in the unfinished Theban tomb chapel of Neferrenpet (known as Theban Tomb 43) dating to Egypt’s eighteenth dynasty. She will show what they reveal about the career and family of the tomb’s owner, the craftsmen who decorated the tomb, and more generally, the artistic approach to making and decorating tombs in ancient Egypt.

Melinda Hartwig is a specialist in ancient Egyptian sculpture and painting, ancient Near Eastern interconnections, and the applications of science in art. She has worked for over 30 years in Egypt leading conservation and documentation projects, most recently in the Theban tombs of Menna and Neferrenpet. Her expertise is recognized internationally with widely published books and articles, and she is as a frequent on-air expert for Discovery World, the National Geographic Channel, the Science Channel, the Smithsonian Channel, PBS, and the BBC. She has curated several national exhibitions about ancient Egyptian art and culture and received numerous awards, grants, and honors to further her work in Egypt. She holds a Ph.D. in Egyptian and Near Eastern Art and Archaeology from the Institute of Fine Arts, New York University.

Lecture. Free and open to the public.
Presented by the Harvard Semitic Museum.
Harvard Northwest Science Building, Room B101, 52 Oxford Street, Cambridge, MA 02138
Presented with support from the Marcella Tilles Memorial Fund
Free event parking at the 52 Oxford Street Garage
This event will be livestreamed on the Harvard Museums of Science & Culture Facebook page. A recording of this program will be available on the HMSC Lecture Videos page approximately three weeks after the lecture via this link: https://hmsc.harvard.edu/lecture-videos
Facebook link: https://www.facebook.com/events/812517865753800/