The Hub of Literary America 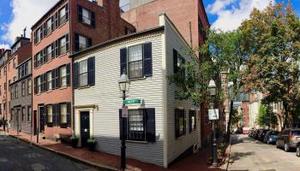 By the mid-nineteenth century, Boston had earned the nickname “The Athens of America”, as an important center for literature and as home to many of America's greatest writers. It was the launch pad of American Romanticism, Transcendentalism, the Fireside Poets, and American Realism.

Co-sponsored by the Boston Literary District, this literary tour highlights the homes and haunts of such prominent Victorians as Ralph Waldo Emerson, Nathaniel Hawthorne, Henry David Thoreau, Louisa May Alcott, Henry James, Charles Dickens, and Henry Wadsworth Longfellow. Individually, they were writers and poets without peer. Collectively, they made Boston the epicenter of American Letters.

This confluence of great minds gave rise to philosophical discussions that greatly influenced not only their own literary work but also 19th-century society at large and even our culture today.

What brick building went from being an apothecary's shop to the headquarters of literary Boston? What was the Saturday Club and where did they meet? For answers to these questions and more, join your guide for a stroll through the vibrant literary history of Victorian Boston!