The History of Scientific and Medical Racism in America 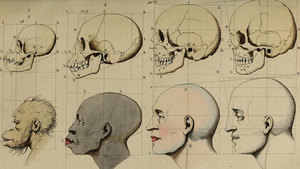 From the experiments conducted on enslaved black women by J. Marion Sims to the Tuskegee syphilis study to the creation of phrenology, American medical institutions conducted unethical medical practices and created racist pseudoscientific ideas that impacted black American communities for hundreds of years. Today, numerous studies have revealed that there are pernicious racial biases that persist in medicine—impacting the quality of care that healthcare providers administer to black Americans and contributing to the large disparity between health outcomes for black and white patients.

In this talk, Udodiri R. Okwandu will explore the historical relationship between medical and scientific institutions and race in American society. Using case studies from the 19th century to the present, Udodiri will shed light on the ways in which problematic conceptualizations of race have contributed to health disparities among black Americans.