“The Garden”: a silent film screening and q&a 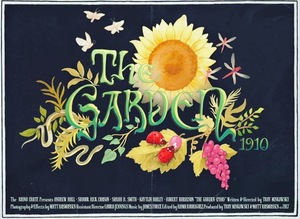 Somerville Media Center invites you to a film screening of “The Garden,” a short film by SMC member Troy Minkowsky on Monday, January 28 from 8:00-8:30pm followed by a brief Q and Q with filmmakers and actors from 8:30-9:00pm.

Doors open at 7:30pm for mingling, tours and networking!

Film description: “One of humankind's oldest stories, the banishment from paradise, told through the lens of cinema at it's earliest form.” This film does contain artistic nudity and audience age is suggested at 18yrs.

During the Q & A, the artists will discuss the conception and creative decisions that were made to create the film and the creators will also talk about other upcoming work and volunteer opportunities.

Somerville Media Center supports the work of our greater media arts and local filmmaking communities by offering free screenings of locally made work. This encourages more people to connect with other creatives, learn about the resources at SMC and helps to foster a larger media making community.