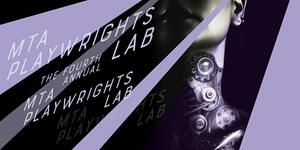 A five-week long festival of staged readings featuring the work of the writers in the Playwrights Lab led by Senior Lecturer Ken Urban.

THE CURTAIN by Xochitl Luna (MIT '22)

Directed by Shira MilikowskyElena spends her days in a hospital taking care of her ailing son, befriending the fellow patient behind the curtain. But will this stranger help or hinder her loving care by forcing her to confront her past?

A gay undergraduate befriends a hallmate coming to terms with who they really are. As the lines between friendship and desire blur, the pair must navigate the limits of their personal values…

Directed by Shannon SindelarBest friends Sam and Gwyn, the only members of their high school’s Feminist Club, need to make a big statement at this year’s charity musical chairs finale. But to truly win, Sam needs to learn more than a fast shuffle.

THE ONLY TWO PEOPLE by Montse Garza (MIT '22)

Directed by Zoë Golub-SassTwo co-workers begin an intense romantic relationship. But when they plunge into the unknown waters of cohabitation, they discover what drew them together might be what tears them apart.

Open to the MIT Community and Public