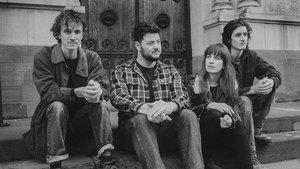 The Felice Brothers’ album, Life in the Dark, out on Yep Roc, is classic American music. At once plainspoken and deeply literate, the band’s latest features nine new songs that capture the hopes and fears, the yearning and resignation, of a rootless, restless nation at a time of change.

Life in the Dark also coincides with The Felice Brothers’ 10th anniversary as a band. Hailed by the AV Club for a sound at once “timeless, yet tossed-off,” they’ve released plenty of music over the past decade, often on their own without a record label, but the new album is the fullest realization yet of the band’s DIY tendencies. Self-produced by the musicians and engineered by James Felice (who also contributed accordion, keyboards and vocals), the Felice Brothers made Life in the Dark themselves in a garage on a farm in upstate New York, observed only by audience of poultry.