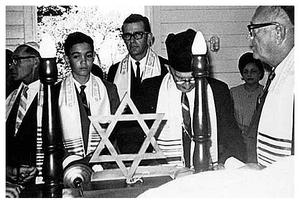 By 1938, nearly 150,000 German Jews had fled Nazi rule. Many sought refuge in the United States and elsewhere, but were turned away due to anti-Semitic immigration quotas and policies. In response to growing pressure, President Franklin D. Roosevelt convened the Évian Conference in Évian-les-Bains, France to discuss the fate of Europe’s fleeing Jews. Delegates from thirty-two countries met, but only one nation agreed to welcome these refugees: the Dominican Republic. Join Hugh Baver, Chairman of Sosúa75, to learn more about the conference—its context, content, and participants—and how the settlement on the North Coast of the Dominican Republic, Sosúa, came to be.