The Devil of Great Island: Witchcraft and Conflict in Early New England by Emerson “Tad” Baker 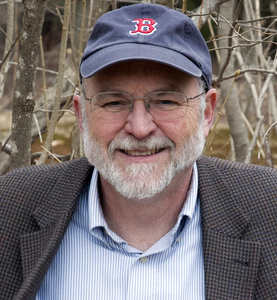 In 1682, ten years before the infamous Salem witch trials, the village of Great Island (now New Castle), New Hampshire, was plagued by mysterious events: strange, demonic noises; unexplainable movement of objects; and hundreds of stones that rained upon a local tavern and appeared at random inside its walls. Town residents blamed what they called "Lithobolia" or "the stone-throwing devil."

In this lively account, Emerson Baker shows how witchcraft hysteria overtook one town and spawned copycat incidents in Maine and Connecticut, prefiguring the horrors of Salem. In the process, he illuminates a cross-section of colonial society and overturns many popular assumptions about witchcraft in the seventeenth century.

Emerson "Tad" Baker is vice provost and a professor of History at Salem State University. He is the award-winning author of many works on the history and archaeology of early New England, including The Devil of Great Island and A Storm of Witchcraft: The Salem Trials and the American Experience.

He has been an advisor and on-camera expert for many networks, including PBS, TLC, Smithsonian and National Geographic. He consulted on the Peabody Essex Museum’s current exhibit on the Salem witch trials and was a member of the Gallows Hill Project team who confirmed the witch trials execution site.