The Boston Pops: 'The Nightmare Before Christmas' 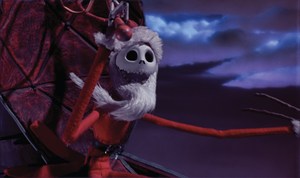 The Boston Pops under direction of conductor Keith Lockhart, will perform the entire score to Tim Burton - Official Page's 1993 animated classic, The Nightmare Before Christmas alongside a screening of the full feature film this Halloween and Halloween Eve, Monday, October 30 and Tuesday, October 31 at 8 p.m.

The Nightmare Before Christmas is a PG rated family-friendly film about Jack Skellington, the Pumpkin King of Halloween Town, who wanders into neighboring Christmas Town and struggles to incorporate these new traditions into his Halloween lifestyle. The film, which features a charming score by composer Danny Elfman, was the first animated film nominated for an Oscar for best visual effects and has sold out orchestral performances across the country.

Join us for gourmet trick-or-treating for all ages as the Boston Pops celebrates Halloween prior the Nightmare Before Christmas performances on October 30 and 31. Our Doors open at 7 pm. Hit all of the hall's spooky spots and you will win a special prize. And don't forget the costume contest with prizes for the best costumes in the following categories: Terrifying, Wacky, Burtonesque, and 2017 themed. You won't want to miss it!