The Boston Festival of Films from Japan 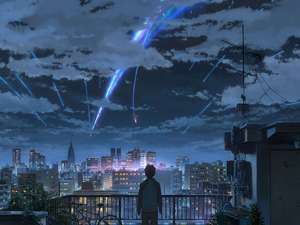 MFA Film is thrilled to present a vibrant new annual festival showcasing the very best recent films produced in Japan. This year’s lineup includes the live-action manga adaptation Blade of the Immortal (2017), the 100th feature film from provocative and prolific director Takashi Miike, and the timely documentary Resistance at Tule Lake (2017), which chronicles a 1943 uprising at a Japanese concentration camp in California. The festival kicks off on February 1 with a free screening of the anime Your Name (2016), a film with gorgeous imagery and deep emotional resonance that quickly became one of the most popular films of all time in Japan. For these stories and more, join us at the first ever Boston Festival of Films from Japan—made possible through a 10-year partnership with UNIQLO USA.