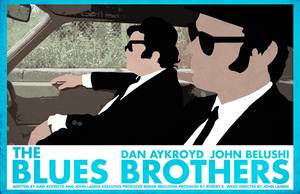 Join us at Canary Square for that coolest of SNL movies, the musical mayhem of John Landis's BLUES BROTHERS, starring Dan Akyroyd and John Belushi.

"After his release from prison, Jake (John Belushi) reunites with his brother, Elwood (Dan Aykroyd) -- collectively known as the "Blues Brothers." Jake's first task is to save the orphanage the brothers grew up in from closing, by raising $5,000 to pay back taxes. The two are convinced they can earn the money by getting their old band back together. However, after playing several gigs and making a few enemies, including the police, the brothers face daunting odds to deliver the money on time."