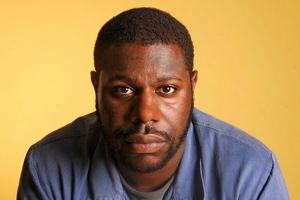 “He holds his lens steady to achieve a truer sense of bodies in real time, and to give the viewer no choice but to let their mind unravel the implications behind the images.” —The Atlantic

Artist and filmmaker Steve McQueen, recipient of both the Academy Award and the Turner Prize, discusses past and future film projects with Hamza Walker, Director of LAXART, and Donna De Salvo, Deputy Director for International Initiatives and Senior Curator at the Whitney Museum of American Art. McQueen’s films include Hunger, Shame, 12 Years a Slave, and Ashes, a freestanding video installation at the ICA that shows a young carefree fisherman and his unexpected fate.

Steve McQueen’s Ashes is a gift of Tristin and Martin Mannion.