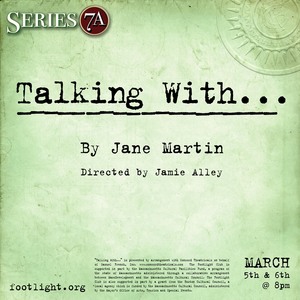 About: Idiosyncratic characters amuse, move and frighten, always speaking from the depths of their souls. They include a baton twirler, a fundamentalist snake handler, an ex rodeo rider and an actress willing to go to any length to get a job.