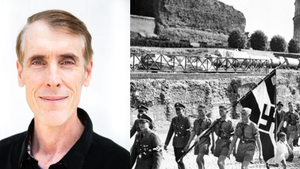 Ray Liotta narrates this remarkable story about an ingenious plot that saved hundreds of Italian Jews. When the Nazis occupied Rome, three Roman Catholic doctors invented Syndrome K, a disease they claimed was deadly, highly contagious, and commonly found in Jews of Roman descent. Exploiting Nazi fears of infectious disease, the doctors were able to quarantine their Jewish “patients” in a hospital near the Vatican and from there, smuggle them to safety. Featuring reenactments, archival footage, and interviews with survivors as well as the last surviving doctor, 98-year-old Adriano Ossicini, Syndrome K is the story of a disease that, incredibly, saved lives.