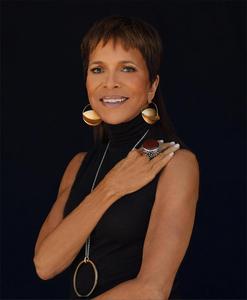 Berklee's Career Jam culminates in a concert celebrating Sylvia Rhone, “godmother of the music industry,” and many of the genre-spanning, world-renowned artists she has launched and worked with throughout her career. Led by musical director Rob Lewis ’94 (Christina Aguilera, New Kids on the Block, Toni Braxton), the concert will feature Berklee College of Music students performing the music of Missy Elliott, J.J. Fad, Tracy Chapman, Jason Mraz, and Camila Cabello.

Rhone began her career as a secretary for Buddha Records in 1974. Over the next decade, she applied her talents at ABC Records, Ariola Records, and Elektra, eventually rising to vice president of Atlantic Records in 1986. During her time at Atlantic, she was responsible for artists such as MC Lyte, En Vogue, and Dream Theater. By 1994, she was chair and CEO of Elektra Entertainment Group, where she launched the careers of Elliott, Busta Rhymes, Chapman, Mraz, and others. Named president of Universal Motown Records and executive vice president at Universal Records in 2004, Rhone moved to Epic Records in 2012 and was named president in 2014, working alongside chairman and CEO Antonio “L.A.” Reid. She has headed the label’s operations since Reid stepped down in 2017, overseeing stars such as DJ Khaled, French Montana, Future, and Cabello.

To prepare for the tribute to Rhone, Lewis, a Berklee artist in residence, will select student performers to work with alongside Ensemble Department faculty throughout the semester.