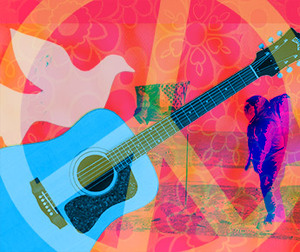 The summer of 1969 was a year of unprecedented scientific exploration, social upheaval, and musical excitement. Living legend, songwriter, storyteller and singer, Arlo Guthrie joins us as we celebrate the 50th anniversary of Woodstock, one the most iconic and influential festivals in the history of music. Adding to this mix will be a Pops tribute to the year’s two most groundbreaking albums: The Beatles’ Abbey Road and The Who’s rock opera masterpiece, Tommy! Also on the program will be a tribute to the 50th anniversary of the moon landing, From the Earth to the Moon and Beyond by composer James Beckel featuring special guest narrator Physician, Engineer, Social Scientist, Former Astronaut & Principal of 100 Year Starship Dr. Mae Jemison. A celebration a half-century in the making!