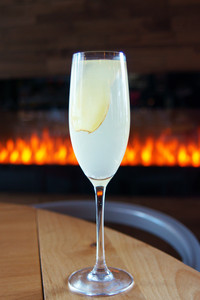 Kendall Square’s Sumiao Hunan Kitchen (SHK) is gearing up for a pop-up Sunday brunch event dubbed “A Pinch of Ginger.” Now in its second year, the brunch will take place on March 3 and will unite the Boston-area foodie and medical communities while supporting Joslin Diabetes Center’s Asian American Diabetes Initiative (AADI).

Sumiao Chen – the restaurateur behind Sumiao Hunan Kitchen – is a pharmaceutical researcher at Novartis by-day whose passion for food and science inspired her to get involved with Joslin’s signature spring fundraising event, “A Taste of Ginger.” This brunch will serve as a small preview to “A Taste of Ginger” happening in late-March at the Museum of Fine Arts which will feature cuisine from more than 30 restaurants, including Sumiao Hunan Kitchen.

Proceeds from Sumiao’s “A Pinch of Ginger” will benefit the Asian American Diabetes Initiative (AADI) at Joslin Diabetes Center which works to enhance the quality of life and health outcomes for Asian Americans living with diabetes, and collaborates with Joslin as they work to find a cure.