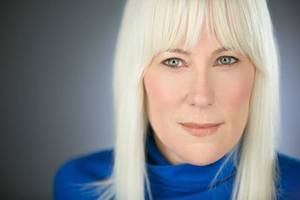 Sue has appeared on "NYPD Blue”, "Comic's Unleashed","Premium Blend,” and "Tough Crowd with Colin Quinn” on Comedy Central, and she also was a guest host on NBC's "Later,” and made it to the finals of NBC’s “Last Comic Standing.”