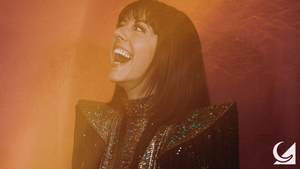 SubSpace Sessions take the live music experiences of the Charles Hayden Planetarium to new dimensions, bringing the innovative and groundbreaking work to you virtually! Don’t miss these premiere events that fuse together the music of some of Boston’s best artists and bands with cutting-edge Planetarium visuals!

On Thursday, August 13 don’t miss the premiere of SubSpace Sessions: Ruby Rose Fox. Boston/Chicago based musical artist Ruby Rose Fox is a cultural messenger of our turbulent modern times. Her music is as sonically compelling as it is subversive, packed with lyrics that reflect and challenge our current political state, from #metoo, to the mass-shooting crisis. Part actress, director, and writer, Fox has never shied away from inventive ways to approach her art. In 2018, Ruby released Salt, the follow-up to her debut album Domestic, which reached number 8 on the Billboard Heatseekers chart and was featured in the game RockBand. Ruby is slated to release her third album, Lavender, this fall as well as a non-fiction book combining nervous system health with performance called The Gift of Stage Fright.