Stuff You Should Know 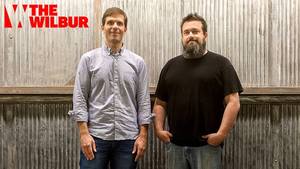 Josh Clark and Chuck Bryant are the hosts of Stuff You Should Know, the research-based, general knowledge podcast loved around the world. Having faithfully released two episodes each week since 2008, the pair released their 1000th episode (a two-parter on The Simpsons) in October 2017. And they show no signs of slowing down; there's still too many to cover, enough to keep the pair going for decades, so long as they don't get hit by a bus or anything like that.

So far they’ve recorded episodes on everything from disco to the time when Nazis invaded Florida in WWII, wonky stuff like trickle-down economics and voter suppression, science-y topics like the sun, global warming, bioluminescence and willpower, and just totally random topics you'd never think could be interesting like grass, zoot suits and shotgun houses (all three of those are great ones, by the way).

And since 2014, Chuck and Josh have taken their show on the road to sold-out audiences in cities in the US, Canada, the UK and Ireland and, soon, Australia. Stuff You Should Know Live is like the podcast, but maybe even 10-20% funnier and sometimes a little bluer. So come experience your pals Josh and Chuck live in person -it will most assuredly knock your socks off.