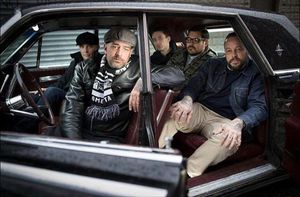 Frontman Mike McColgan joined me via phone from a recent tour stop in Germany; the audio quality was decent, considering. We talked about their new album Stand For Something Or Die For Nothing, the band’s first full-length release in eight years. We also dug into the album’s themes, how they’ve been received, and who else is on the bill for this year’s Wreck The Halls shows.