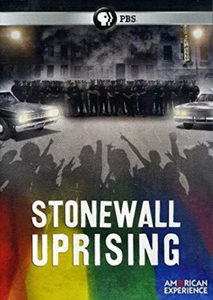 For an event with epic significance, the Stonewall Riots starting June 28, 1969 left the present day with scant photographic or video evidence. Few would have seen the point of documentation when the “Public Morals” Unit of the New York Police Dept. launched their infamous raid on America’s largest gay bar of the time. Same-sex intimacy was illegal in 49 states. Oppressive policing and crippling stigma forced LGBTQ people into closets and onto the margins of American social life. Hate crimes based on sexual orientation and gender identity were pervasive.

The Boston Public Library and the Boston Pride Committee are marking the 50th anniversary of the Stonewall Riots by presenting the best available historical account of the landmark rebellion. Based on historian David Carter’s landmark study, Stonewall; The Riots That Sparked the Gay Revolution, the documentary produced for Boston’s WGBH television, assembles the most complete array of Stonewall participants ever to tell the story of those legendary nights in 1969. Video footage from the era and background scenes filmed specifically for this movie lend verisimilitude to the portrayal. Even the police supervisor who led the June 28th raid was thoroughly interviewed to ensure the completeness of the story.

In taking us back to a time when LGBTQ’ people were actively persecuted, the film emphasizes the rapidity and tentativeness of social change over the past half century. Stonewall Uprising is a fascinating history lesson that warns against complacency insofar as freedom is concerned. After the screening of the film, Stonewall 50 Chair Don Gorton will lead a discussion about Stonewall and its relevance.