Starman in 70mm at the Somerville Theatre! 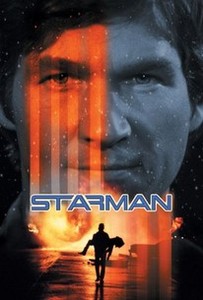 Answering a NASA message intended for aliens, a space being (Jeff Bridges) tries to contact mankind, but an American missile grounds his ship. Scrambling, the so-called Starman inhabits the body of a late Wisconsinite and kidnaps the dead man's widow, Jenny Hayden (Karen Allen). Determined to reunite with a vessel from his home planet at a predetermined site, Starman and Jenny travel to Arizona. Pursued by military officials trying to kill him, as Starman forges a lasting bond with Jenny.