Star Wars: A New Hope Live with the Boston Pops 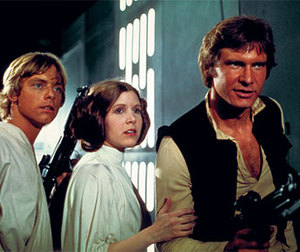 Join Keith Lockhart and the Boston Pops as they present this classic film with live orchestral accompaniment of the unforgettable John Williams score. Set 30 years after Star Wars: The Phantom Menace, Star Wars: A New Hope, the fourth episode of the saga, returns to the desert planet of Tatooine. A young Luke Skywalker (Mark Hamill) begins to discover his destiny when, searching for a lost droid, he is saved by reclusive Jedi Obi-Wan Kenobi (Alec Guinness). As civil war rages in the galaxy, and Rebel forces struggle against the evil Galactic Empire, Luke and Obi-Wan enlist the aid of hotshot pilot Han Solo (Harrison Ford). Joined by the quirky droid duo R2-D2 and C-3PO, the unlikely team sets out to rescue Rebel leader Princess Leia (Carrie Fisher) and make use of the stolen plans to destroy the Empire’s ultimate weapon. In a legendary confrontation, the rogue group mounts an attack against the Death Star for a climactic battle with the evil Sith Lord Darth Vader.