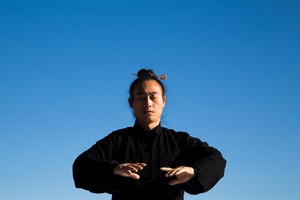 Every Wednesdays and Saturdays
From 7:30 PM to 8:30 PM
8 Occurrences

What: In this course, Daoist Monk Zhou Xuan Yun will be teaching the theory and methods of Daoist Prayer and discussing their health nourishing properties, such as ritual movements, hand positions, and breathing methodology.

The 4-Movement Spring Qigong are suited for practice throughout the Spring Season and Summer season. Twice weekly, this online session will include the set done in standing and sitting positions, theories and methods of the Qigong Set.

Daoism is China's native religion that has become well known worldwide for its health nourishing practices. Today there are few who have not at least heard of Tai Chi Chuan/Taijiquan or Qigong.

Daoist health practices permeate all facets of life however beyond just their exercises and martial arts. Practices such as acupuncture and herbal medicine are becoming more and more widespread. It is the Daoist theories and life habits that draw the complete picture of Daoist Yang Sheng (Health nourishing practices).

Daoists revere long lived creatures such as turtles. Therefore walking imitates the turtle by moving slowly whilst being mindful of the "Qi" settling peacefully in the lower Dan Tian like calm waters.

In Daoist prayer, attention is paid to the hand position to form the Taiji symbol. The hands will then be held to the upper Dan Tian and the breathing is focused there as well. As the head is lowered, so too must the breathing follow down into the lower Dan Tian, before being gently exhaled out according to the meridian of the body back out.

Regarded as the "first season" according to the Lunar Calendar, Springtime is characterized as being a time for life to emerge and flourish after hibernating away during the winter months.

Yang qi begins to emerge, and thus the Yang Qi of people will grow and flourish as well. Springtime qigong promotes and nurtures the Yang "Qi" in accordance with nature.

In terms of diet, we should eat more vegetables and less meat. Since it is a time for yang qi and life to flourish, the consumption of meat diminishes the Yang "qi" of nature and thus is not in accordance to the natural way. We should also make sure to not eat and drink colder food and beverages which are more yin in nature.

Spring is represented by the wood phase of the five phase theory. The organ that corresponds to Wood is the Liver. Spring Qigong works to support the functions of the liver, loosen and strengthen the hips and back, clear and promote the sense of sight and smell, and bring a sense of relaxation and peace to the mind and body.