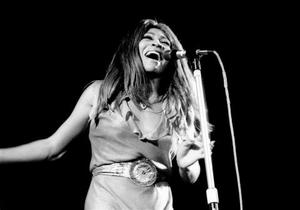 Join a global cast of students for an exhilarating evening of entertainment honoring the legendary singer, songwriter, actor, and author Tina Turner. Produced by Maureen McMullan ’09, the concert will showcase some of Berklee’s most outstanding vocalists, instrumentalists, arrangers, dancers, and track producers as they interpret Turner’s most iconic songs from her unparalleled, high-octane live performances and supreme recordings, such as “Shake a Tail Feather,” “Proud Mary,” “River Deep, Mountain High,” “Nutbush City Limits,” “What’s Love Got to Do With It,” “We Don’t Need Another Hero,” “Private Dancer,” and many more. The concert will also feature acclaimed blues harmonica player Annie Raines as a special guest.

Over her boundary-breaking six-decade career, Turner (born Anna Mae Bullock, 1939, in rural Tennessee) has sold more than 200 million records worldwide and earned eight Grammy Awards and 25 nominations. She has also received three Grammy Hall of Fame Awards and a Grammy Lifetime Achievement Award. Turner is a Kennedy Center Honors recipient and a two-time inductee into the Rock and Roll Hall of Fame, with Ike Turner in 1991 and as a solo artist in 2021. She is also the first woman and first Black artist to be on the cover of Rolling Stone magazine. When Beyoncé was asked about her main artistic influence, she immediately named Turner as her idol.

Turner is a singular talent and trailblazer who defies predefined industry categories. She has smashed gender and racial boundaries, survived domestic abuse, and continues to inspire generations of musicians as one of the most impactful and distinctive singers in history. Widely known as “the Queen of Rock ’n’ Roll,” Turner first rose to prominence as a teenager through collaborations with late ex-husband Ike Turner in the Kings of Rhythm and the Ike and Tina Turner Revue during the ’60s and ’70s, with their riveting blend of rhythm and blues, country blues, and gospel music elevated by sizzling go-go-style dance routines featuring backup singers the Ikettes.

Leaving her abusive partner in 1976, Turner launched what became known as one of the greatest comebacks in music history through her triumphant reemergence as a solo artist in the 1980s. Exploring narratives of independence, strength, sensuality, perseverance, and socially assertive womanhood, she leveraged her powerhouse vocals and unique stage persona at a critical turning point in rock history. Turner catapulted herself to the forefront of a pop music revolution that had long marginalized and overlooked the pioneering contributions of Black women who paved the way in this genre, including 1920s blues queens Bessie Smith and Ma Rainey as well as Sister Rosetta Tharpe and Big Mama Thornton during the 1940s and ’50s.

In addition to her extraordinary, record-breaking live world tours throughout the ’90s and ’00s, Turner recorded the title track for the James Bond film GoldenEye, and in 2007 collaborated with jazz luminary Herbie Hancock on the Grammy Award–winning album River: The Joni Letters. Cementing her superstar legacy and illustrious career, the 12-time Tony Award–nominated Broadway musical Tina: The Tina Turner Musical together with the 2021 HBO documentary Tina, are intended to serve as the living legend’s final thank you and farewell to her fans.