Signature Touch: David Lynch and the Art of Music in Cinema 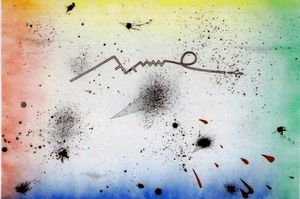 Signature Touch: David Lynch and the Signature Use of Music with Cinema

Through the darkness of future’s past
The magician longs to see.
One chants out between two worlds…
“Fire… walk with me.”

Cinema is a visual art. As such, many filmmakers are instantly recognizable for their cinematography, but the signature touch of a David Lynch film is a dreadfully wonderful combination of aesthetic, sound, and, perhaps most importantly, how that sound influences our perception of the visuals and narrative; the sum of which far exceeds light simply reflecting from a silver screen.

While many Directors lack a background in advanced musical knowledge, some are compelled to influence the sound design to complete their vision. Stanley Kubric - one such filmmaker - while not a composer, often worked with collage elements of prerecorded material in order to control this specific dimension of his films (e.g.: The Shining). David Lynch, however, goes beyond. Widely credited for his influence as a filmmaker, Lynch’s eccentric talent is not limited to visual arts. A composer and true collaborator himself, Lynch was often unapologetically hands-on in the involvement of the soundtrack and acoustic design of his films; working closely with other composers and musicians such as Angelo Badalamenti and Julee Cruise.

In this Olio, we’ll watch selections of Lynch’s most iconic projects: Blue Velvet, Twin Peaks* and Mulholland Drive and explore the process under which the music was created, how it serves the narrative and visuals, and what parallels these moments expose - in what I call the “Lynch Vocabulary.” A unique language created and refined over his continuing body of works.