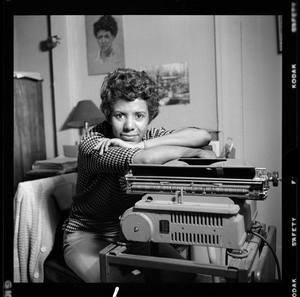 Sighted Eyes/Feeling Heart is the first-ever feature documentary about Lorraine Hansberry, the visionary playwright who authored the groundbreaking A Raisin in the Sun. An overnight sensation, the play transformed the American theater and has long been considered a classic, yet the remarkable story of the playwright faded from view. With this documentary, filmmaker Tracy Heather Strain resurrects the Lorraine Hansberry we have forgotten—a passionate artist, committed activist and sought-after public intellectual who waged an outspoken and defiant battle against injustice in 20th-century America. The film reveals Hansberry’s prescient works tackling race, human rights, women’s equality and sexuality that anticipated social and political movements on the horizon. Lorraine Hansberry lived much of her 34 years guided by a deep sense of responsibility to others, proclaiming: “One cannot live with sighted eyes and feeling heart and not know or react to the miseries which afflict this world.”

TRACY HEATHER STRAIN (Producer, Director, Writer) is an award-winning documentary filmmaker committed to using film, video and interactive technology to reveal the ways that race, ethnicity, gender and class work to shape lives. Since 1986 Strain has worked on numerous documentaries for PBS as well as videos for museums, schools and nonprofits. She is president and CEO of Boston-based media company The Film Posse, which she runs with her husband Randall MacLowry.

A graduate of Wellesley College, Strain received her master of education degree (technology, innovation and education) from Harvard. She is now a professor of the practice at Northeastern University in Boston, where she teaches documentary production part-time.

RANDALL MACLOWRY (Producer, Editor) is an Emmy nominee and two-time WGA Award winner who works primarily in the television arena. A director, writer, producer and editor with over 25 years of experience, he crafts documentary stories that connect society’s large historical and cultural narratives with individual life journeys. Much of MacLowry’s work has been for the PBS series American Experience, most recently “The Battle of Chosin” and “The Mine Wars.” He directed and produced both episodes, which aired in 2016.

MacLowry attended Wesleyan University, where he studied under influential film scholar Jeanine Basinger and has more recently served as a visiting instructor advising film studies students on their thesis projects.

A meditative invocation on transcendence as a means of restoration.