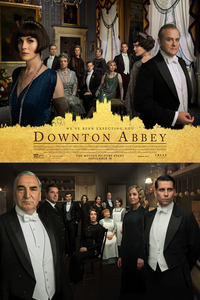 The long awaited Downton Abbey feature film is almost here! Boston fans excited to see the movie next week can now check out an official costume worn by Maggie Smith as the Dowager Countess of Grantham in the film at Showcase SuperLux Chestnut Hill. Designed by acclaimed costume designer Anna Mary Scott Robbins, the costume is the only one on display on the east coast, and will be on display until October 2nd. Downton Abbey fans will also be able to enjoy food and beverages inspired by the series and adapted from cocktail recipes in the official Downton Abbey Cocktail Book starting September 19th.