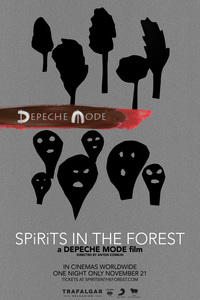 Showcase Cinemas is bringing "Depeche Mode: Spirits in the Forest" to the big screen. Across 2017/2018 Depeche Mode embarked on their Global Spirit Tour, in which they performed to more than 3 million fans at 115 shows across the globe. The new visually-striking film, directed by award-winning filmmaker and longtime artistic collaborator Anton Corbijn, captures the energy and spectacle of the band's performance from the tour along with a deeper look into how their music and shows have been woven into the fabric of their fans' lives