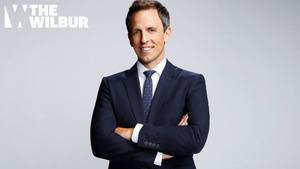 Seth Meyers is an Emmy Award-winning writer and current host of “Late Night with Seth Meyers.”

Meyers began his TV career with “Saturday Night Live” in 2001, where he was a cast member for 13 seasons. Meyers served as head writer for nine seasons and “Weekend Update” anchor for eight. In 2011, Meyers won the Emmy for Outstanding Original Music and Lyrics for host Justin Timberlake’s musical monologue. In all, Meyers has garnered 20 Emmy nominations for his work in television.

Meyers hosted the 2010 and 2011 ESPY Awards on ESPN and headlined the 2011 White House Correspondents’ Association Dinner to rave reviews.