Seminar: Singin' in the Rain 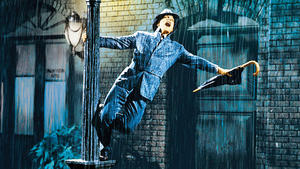 When Hollywood attempts the transition from silent films to talkies, a matinee idol (Kelly) hopes to make the cut. But he's hampered by a silent-movie queen (Jean Hagen) with a voice like fingernails on a blackboard. Gene Kelly, Debbie Reynolds and Donald O'Connor combine their talents in one of the greatest big-screen musicals ever made, a two-time Oscar nominee that includes the songs "Good Morning," "Make 'Em Laugh" and the iconic title tune.

Josh Spiegel is a writer and film critic whose work has appeared in outlets such as Slate, The Washington Post, Polygon, Slashfilm, Consequence of Sound, and more. Follow Josh at @mousterpiece on Twitter.