Self-Domestication in Bonobos and Other Wild Animals 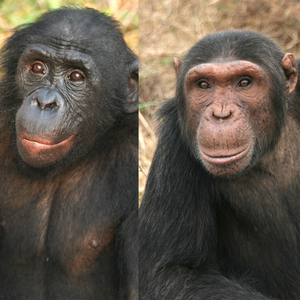 Richard Wrangham, Ruth Moore Professor of Biological Anthropology, Department of Human Evolutionary Biology, Harvard University
Domesticated animals such as dogs, pigs, and horses often sport floppy ears, patches of white hair, and other features that are unknown in their wild ancestors. These traits—collectively referred to by scientists as a “domestication syndrome”—are the result of breeding less aggressive individuals. Drawing from his new book, The Goodness Paradox (2019, Pantheon Books), Richard Wrangham will show that our cousin apes, the bonobos, also exhibit a domestication syndrome, making them the first clear example of a “wild domesticate.” Self-domestication in the wild now seems likely to be a widespread phenomenon, responsible even for the evolution of our own species, Homo sapiens.

Richard Wrangham has conducted extensive research on primate ecology, nutrition, and social behavior. He is best known for his work on the evolution of human warfare, described in the book Demonic Males, and on the role of cooking in human evolution, described in the book Catching Fire: How Cooking Made Us Human. He founded the Kibale Chimpanzee Project in 1987, and together with Elizabeth Ross, he co-founded the Kasiisi Project in 1997. He serves as a patron of the Great Apes Survival Partnership (GRASP). Wrangham holds a Ph.D. from the University of Cambridge.

Lecture and Book Signing. Free event parking at the 52 Oxford Street Garage.
Presented by the Peabody Museum of Archaeology & Ethnology and the Harvard Museum of Natural History.