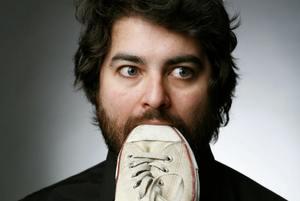 Sean Patton is a comedian based in Los Angeles and New York, by way of New
Orleans. He's performed on Comedy Central’s Live at Gotham, Late Night with Jimmy
Fallon, and Conan. 2013 also marked the release of his Comedy Central Half Hour.
He's been on @midnight and was on the second seasons of The Meltdown with
Jonah and Kumail and This Is Not Happening, Showtime's Live from SXSW and
TruTv's Comedy Knockout, As for acting, He's appeared on IFC'S Maron, Comedy
Central's Inside Amy Schumer and TruTV's Those who can't.