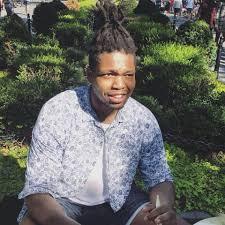 Scullers Jazz Club's #LivingRoomLive concerts are for both our audience and incredible artists, brought to you streaming live from the Artists' homes. We are asking you to consider a $10
contribution via link provided by each Artist.

Gengis Don and the Empire

Gengis Don is a professional Drummer and Producer, and the Band Leader of The Empire, a 5 piece Jazz/Hip Hop/Afro-Beat band based in NYC/Jersey City. Gengis has been a sideman to many of the top musicians around the world and NYC: Anna Wise, Corey Wallace, Braxton Cook, Willerm Delisfort, Jason Marshall, Christopher McBride, Stacy Dillard, Marquise Hill, and has played with jazz legends Roy Hargrove, William Parker and Steve Toure. Gengis combines his deep knowledge of Hip Hop and study of jazz/improvisational music to create the music that The Empire plays.

Each musician in The Empire is a band leader and respected artist in their own right and are blazing the trail for this new generation of NYC musicians. Each member hails from a different musical background, from Classical, to straight ahead jazz, to Underground Hip Hop and even Gospel. The Empire blends various types of Black American Music; Jazz, Hip Hop, Afro-Beat, and Funk to create an energetic sound that's cemented in Groove.

Gengis Don and the Empire headlined Jersey City Jazz Festival in 2019, toured in Philly, Boston, NJ, Tennessee, Louisville and are confirming a European tour in April 2020.

Reddit
22/05/2020 19:30:00 22/05/2020 20:45:00 America/New_York Scullers Living Room Live Series: Gengis Don Scullers Jazz Club's #LivingRoomLive concerts are for both our audience and incredible artists, brought to you streaming live from the Artists' homes. We are asking you to consider a $10 contrib... Facebook Live via Scullers Jazz Club, Boston, MA 02134 false DD/MM/YYYY