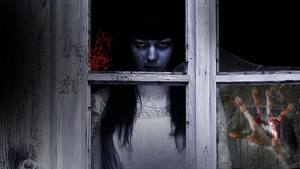 Walkaround Characters: Begin 6pm (at front gate & throughout the park)

THE FACILITY HAD A DEVASTATING MELTDOWN. SO DID ITS WORKERS.
You could hear the sirens and alarms for miles. You could also hear the blood-curdling screams from those inside Facility 235. The staff tried to cool the reactor core, but nothing they did could stem the devastation. Then it was too late. Too late to save the facility, too late to save themselves.

So here they remain, not quite dead, certainly not alive, patrolling the grounds, reassuming their former tasks. Radiation can exert strange mutating effects on the human body, not to mention what would be left of the mind. Ready for the tour?

WHO ARE THEY? WHERE DID THEY COME FROM? WHAY ARE THEY HERE?
Mysterious, unexplained disappearances had been going on for decades, maybe longer. A select few townspeople simply vanished, as if they never even existed, and those remaining lived with a foreboding and in constant fear.

A town elder, left behind for some obscure reason, called it “thinning the herd.” A haunting wind, the brief screams of the unlucky chosen ones, the panic of those left behind. No one knew when The Culling would occur. You have to ask: Am I next?

IF THESE WALLS COULD TALK… THEY WOULD SCREEEM!
The Canobie Lake Hotel sat adjacent to Canobie Lake Park in the early 1900s and was a popular local escape. The hotel was eventually abandoned after stories began circulating about several guests who had visited the hotel were never seen nor heard from again. What went on within the walls of this historic hotel? Who is the woman that boaters have seen peering out a top-floor window? Are the eerie sounds heard nearly each night the pleading voices of the missing, or just the wind howling across the lake?

Why not see for yourself? The Canobie Lake Hotel is now open. And there are plenty of vacancies.

The Carnival came to town… and never left.
Neither did anyone who ever visited this sinister circus. There was something “off” about Carnivus from the day they set up in the far reaches of a desolate field. The manager was a clown, as were all the employees – in the very literal sense, with garish makeup that seemed to be permanent. The incessant carnie music was haunting, the freak shows all too real, the evil laughter echoing into the night. And visitors to Carnivus?

The clowns thought they were delicious. Step right up, folks. It’s showtime!

Take a stroll, and you may never leave!
Billy and Bobby Hollander went to explore an area near a mine in Salem, New Hampshire, and never came back. From then on, the Policy Mining Village was dealt a string of bad luck. Horrific mining accidents and a summer drought contributed to the eventual closing of the mine. After the closing, many of the Village’s inhabitants were never seen or heard of again.

Each evening, the sounds, the visions, the history and the memory of those who have perished in the village – led by the spirits of the Hollander boys – arise to show themselves. The Villagers are near. Do you hear them?