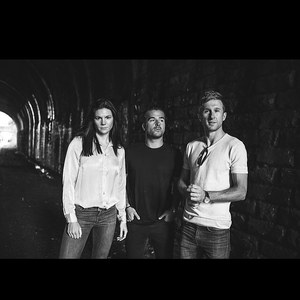 English indie-pop band Scars on 45 is back on tour this summer with a mid-week Boston date at The Rockwell in Somerville's trendy Davis Square.

Be among the first to hear songs from their upcoming third album, as well as radio favorites.

Scars on 45 is an indie/pop band from Bradford/Leeds, UK and are known for their co-ed lead vocal harmonies. They've performed on the Tonight Show and have been featured a lead track on the Grey's Anatomy Soundtrack, with synchs on Supernatural, One Tree Hill, CSI, Teen Mom 2, Catfish and as a VH1's bands You Oughta Know. Their hits "Give Me Something," "Heart on Fire," "Crazy for You," "Take You Home," and "Only a Game" received wide airplay on AAA radio stations throughout the USA. Key influencers of their music are Fleetwood Mac and Oasis. Their 3rd studio album is complete and due out in 2017.

Tickets are $30 and going fast! This is an intimate venue that only seats 150 people.
Theater is wheelchair accessible.
LGBT Friendly!