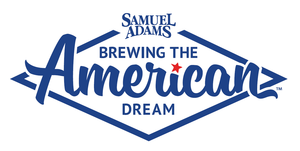 Join us at the Samuel Adams Boston Brewery to celebrate the launch of the Brewing the American Dream Collaboration Pack – Sam Adams’ first-ever collaboration 12-pack and a celebration of the independent and entrepreneurial spirit of the craft beer industry. The limited release pack features beers brewed with five different breweries from across the country that have participated in Samuel Adams Brewing the American Dream, the brewer’s philanthropic program to support small food and beverage entrepreneurs, including craft brewers.

At the event, attendees will try the beers in the pack, meet brewers from Sam Adams and the independent breweries they collaborated with, and enjoy chef-driven small plates paired with each beer by a certificed Cicerone – a beer expert on par with the wine world’s sommeliers. Each of the chefs at this not-to-be-missed culinary experience have also been assisted by Brewing the American Dream, highlighting the Sam Adams program’s broad impact on the craft food and brewing industries in the Boston area and nationally.