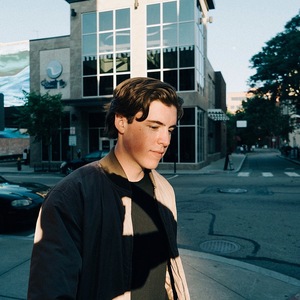 Sam Woolf is performing at the Neponset RiverFest on Saturday July 20th, 12:00pm, at DCR Neponset Park, Dorchester (at the corner of Granite Ave. and Hilltop St.).

Sam Woolf is a singer-songwriter who gained national recognition as a Top Five finalist on American Idol's 2014 season. Best known for his original compositions and pitch perfect vocals, Sam has been hailed as a "natural singer whose soul and passion are undeniable in every note he sings." With the support of his strong network of fans, dubbed the "Woolfpack," Sam's live performances and recordings has garnered millions of views on social media.

In 2014, Sam released his debut EP Pretend, produced by Grammy award-winner Danny Blume. The album, which was released independently, debuted at #9 on the Billboard Heatseakers Chart. Most recently, Sam released two new singles, "Fast 'n' Dirty," and "Stop Thinking About It," which he co-wrote with Stephen Puth (brother of singer-songwriter Charlie Puth). Additionally, he recorded "On It" with the Como Brothers at Germano Studios in New York City with Grammy Award-nominated engineer Kenta Yonesaka.

Sam co-headlined the Lakewood Ranch Winterfest in 2015 with the Doobie Brothers, War, and Jefferson Starship, opened for We The Kings during their 10th Anniversary Tour, and was a featured performer at an Alex Preston concert in New Hampshire. Independently, Sam has performed extensively at public and private venues in Florida and the Northeast.

Join us as we celebrate the Neponset River and the beautiful parks and pedestrian paths along the shore, along with the natural salt marshes and wetlands that support more than 200 species of birds, fish and other wildlife.

This is a family-friendly, public event. We encourage you to bring a blanket and a picnic, and spend the day!