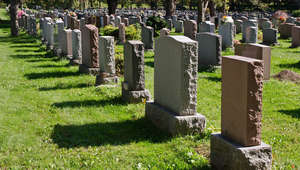 Join Salem Historical Tours on an exploration of Old Burying Point, the second-oldest documented cemetery in the nation, where you'll unearth the secrets and stories of those who are buried there. Even death can't silence the stories of these colorful Salem residents. You'll see engravings by some of the region's most notable stone carvers and discover the symbolic meaning behind urn, willow, flora and effigy imagery. Learn of Colonial-era burial practices and uncover true tales of the cemetery's most infamous occupants including Mayflower pilgrim Richard More, former governor Simon Bradstreet and Salem Witch Trials judge John Hathorne.