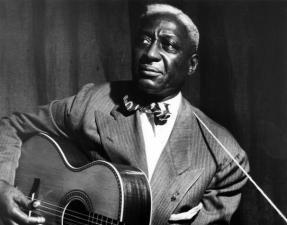 Huddie Ledbetter, better known as Lead Belly, was one of the great titans of American music in the 20th century. In this wide-ranging program, students and faculty from the American Roots Music program will pay tribute to Lead Belly’s wildly diverse repertoire by performing songs associated with the master in new and unexpected settings.

With his 12-string Stella guitar, Ledbetter sang out a cornucopia of songs that included his classics “The Midnight Special,” “Irene,” “The Bourgeois Blues,” and many more. In turn, these songs have been covered by musical notables such as the Beach Boys, Creedence Clearwater Revival, Van Morrison, Nirvana, Odetta, Little Richard, Pete Seeger, Frank Sinatra, and Tom Waits.