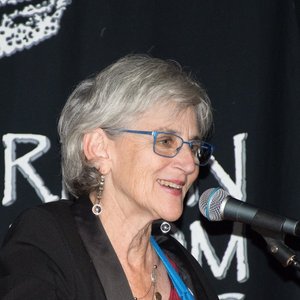 “Riveted, the Musical” is a post-WWII three-generation family musical drama with book and score by Deborah Silverstein. This performance will feature a staged reading of the play with songs.

DEBORAH SILVERSTEIN
The Boston area may indeed be the center of the acoustic music universe with its thriving options of Open Mic venues.

One of the oldest and most venerable of these is at the Cantab Lounge in Central Square, Cambridge. Musician and host, bar none, is the esteemed Geoff Bartley. Geoff knew me from way back when and offered me a featured performer spot at his long-running Monday night Singer-Songwriter night. I pulled out my old standards and pulled together several of my old performing buddies. When a full house of longtime members of my old music community turned out for my Monday night, 10pm set, I knew there was no turning back for me. Another incredible stroke of good fortune, abetted by some serious ‘putting the intention out there’ on my part, led me to cross paths with local Boston musician, Eric Wells. Aside from a brief foray into folk music in his early years, Eric cut his musical teeth in the Boston rock and blues scene, playing electric guitar and touring over the years with many different bands. We were an unlikely duo, but he liked what I wrote and decided to dust off his old Martin and toss it into the ring with me. Slowly we’ve worked up a repertoire composed of both my old and lots of brand new compositions.