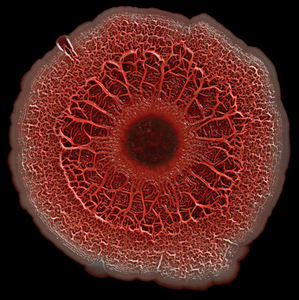 Sometimes what you can't see is best. When you can see it, it's even better!

In the past several decades, surprising scientific discoveries have revealed complex and sophisticated interdependencies between the macro world of human, plant and animal bodies and the invisible microbial world. We are the beneficiaries of billions of years of microbial evolution that encoded biological solutions to environmental challenges in our own genes. But we also receive direct functional benefits from the living microbial communities that comprise the bulk of our own bodily ecosystem.

Microbes have an enormous and overwhelmingly positive impact on our lives. Our bodies are the bedrock for many unique microbial communities that help keep us healthy. Microbes produce many of our favorite foods, our most valuable medicines and most of the oxygen we breathe. They are the foundation of the global ecosystem. A few can make us sick. Yet microbes do not work alone – they form complex microbial communities whose collective behaviors drive Earth’s biogeochemical cycles as well as the microbiotic ecosystems supporting all life on Earth, including our own.

Scott Chimileski’s photography provides a unique and compelling imagery of the microbial world. While individual microbes are generally invisible to the naked eye, the microbial colonies they create are not. Microbial communities show us how cells self-organize and how multi-cellularity and social behaviors evolve. The shapes, structures, colors and behaviors of these colonies offer a dazzling display of life at work in our macro world. The complex and beautiful structures also exhibit the same emergent properties as human cities and galactic clusters, providing evidence of the fundamental interconnectedness of all things.

Join the conversation and be part of the solution.

$15 in advance // $20 at the door. Students w/ID admitted free.
Audience participation is encouraged.

Roberto Kolter is the Director of the Kolter Lab for Microbiology and Immunology at the Harvard Medical School. More than 120 individuals have trained in his laboratory during his 35-year tenure, most of whom followed careers in science in both academic and industry settings. Research in the Kolter Lab has always gravitated around the study of microbes and the exploration of a large number of different subjects ranging from basic bacterial physiology to bioactive compound discovery. Roberto is an author, Professor Emeritus of microbiology at Harvard Medical School and past president of the American Society for Microbiology. Robert joined Harvard Medical School in 1983 and has been Co-director of Harvard's university-wide Microbial Sciences Initiative since 2003. In 2016, Kolter became co-blogger (with Moselio Schaechter) of the popular microbiology blog, Small Things Considered.

Scott Chimileski, is a photographer and microbiologist serving as a Research Fellow at the Kolter Lab for Microbiology and Immunology at the Harvard Medical School. His work is currently being featured at the Harvard Museum of Natural History in the Exhibit on Microbial Life: A Universe at the Edge of Sight. Scott also coauthored, with Professor Roberto Kolter, Life at the Edge of Sight: A Photographic Exploration of the Microbial World (September 2017). Scott’s images have been published by WIRED, TIME, The Atlantic, STAT, The Scientist, NPR, Natural History Magazine, Scientific American, Smithsonian Magazine, Fast Company, and many other outlets. He received a Passion in Science Award from New England Biolabs in 2016 and was a winner of FASEB's BioArt competition in 2016 and 2017. Scott earned his PhD in Genetics and Genomics from the University of Connecticut.

We’re proud and excited to welcome Roberto and Scott to the Long Now Boston community.

Cambridge Innovation Center is an in-kind sponsor of this Long Now Boston conversation. We are very grateful for their support.