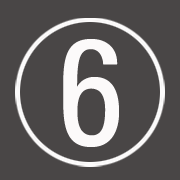 The ReelAbilities NY Disabilities Film Festival was initiated at the JCC in Manhattan, in 2007. The festival was the first of its kind to present award- winning films by and about people with disabilities. Screenings took place at multiple venues throughout the city and they were followed by discussions that brought together the community to explore, discuss, embrace, and celebrate the diversity of our shared human experience.

In 2012, Cincinnati, Ohio was the first city to follow in New York’s footsteps by hosting a ReelAbilities Film Festival. Since then, the festival has spread to over a dozen cities in North America, and we have received more than 500 films for consideration submitted from across the globe. In 2014, the festival’s national headquarters moved to Cincinnati where it is being managed by a nonprofit, Living Arrangements for Developmentally Disabled (LADD), Inc.