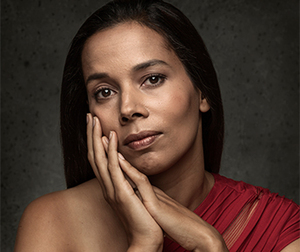 Rhiannon Giddens curates this dynamic concert to rediscover the great Black composers who have been hiding in plain sight in every genre of symphonic music. From Samuel Coleridge-Taylor whose choral music once rivaled Handel’s Messiah to Billy Strayhorn, the genius behind Duke Ellington who wrote “Take the A-Train” and “Day Dream,” and Eubie Blake, composer of the groundbreaking Broadway musical Shuffle Along. We’ll also remember the ladies with Florence Price, the first black woman to have her symphony performed by a major orchestra, and Hazel Scott, the jazz and piano prodigy who became a Hollywood, Broadway and television star. Rhiannon will be joined by collaborators vocalist Darius DeHass (Broadway’s Shuffle Along) and pianist Lara Downes, whose playing has been described as “luscious, moody and dreamy” by the New York Times. Also on the program will be a tribute to the 50th anniversary of the moon landing, From the Earth to the Moon and Beyond by composer James Beckel featuring special guest narrator Former NASA Astronaut Dr. Mike Massimino.