Rain in Her Eyes 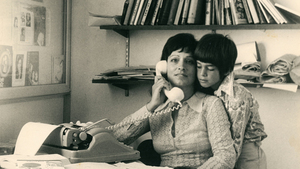 A deeply touching tribute to Dvora Omer, one of Israel’s most beloved children’s book authors, whose life and writing was shaped by one significant childhood event. When Dvora was just 11-years old, her mother died by gunshot. For years, Dvora heard conflicting accounts--had her mother been killed by a stray bullet during weapons training or had she died by suicide? The unknowing punctuated her writing and relationships, making her into the writer that she described to her son, co-director Ron Omer, as a woman “rain in her eyes.”