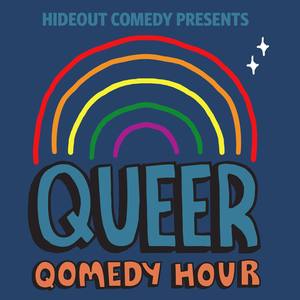 Queer Qomedy Hour is a monthly stand-up show at Hideout Comedy featuring the best local and touring LGBT+ comedians. This month we are thrilled to welcome Amy Tee to headline at The White Bull Tavern on Thursday, September 16, 8:00 PM. Celebrate pride year-long with some laughter!

Identified as a rising star by the Boston Globe, Amy Tee is one of the busiest comedians on the New England comedy circuit today! Charming and playful this "winning" combination provides a twisted dance between stereotypes and reality.

Mentioned in Curve magazine as one of the "funniest lesbians in America", Amy Tee is a regular performer at the Boston Comedy Festival, and also featured on Sirius XM Satellite Radio & LOGO television network.